"No Cloning" and "Entanglement Monogamy" - Quantum Theory to Quantum Heuristics 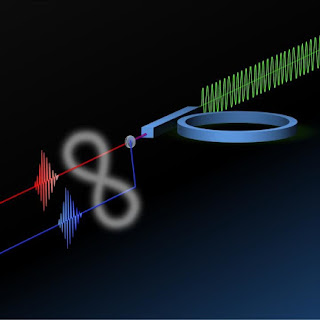 
The "no cloning" theorem, is an axiom in quantum mechanics which states that it is impossible for a single quantum variable, such as spin of an electron or polarization of an photon, to be maximally entangled with 2 other counter variables, i.e. two other spins or polarization states, simultaneously.

This can be derived by theory, but experimentally leads to something called "the monogamy of entanglement". Since we are dealing with quantum particles, the link between theory and experiment naturally deals with representations in information theory, in other words to carry out any experiments at all we need to develop algorithms and heuristic strategies to prove or disprove the theorem in the laboratory.

Let us first set up the framework for this test. The 2 quantum variable case is of course the basis of our understanding of entanglement and we have covered this in a previous article with an interesting example. However, this time we will be using a much more diagrammatic representation.

In each case, what we are doing is in effect a test of the CHSH Inequality. In quantum physics, the CHSH inequality can be used as our heuristic strategy in the proof of Bell's theorem, which states that certain consequences of entanglement in quantum mechanics cannot be reproduced by local hidden variable theories. In our cases, this means that the local hidden variables involved in shared random information exchanged between 2 partners, Alice and Bob, will not have the same maximum win probability (3/4, i.e. 75%) as that with shared quantum entangled information (which is much greater at 0.8536 = 85.36%) - we will prove this using CHSH in our example with a 2-state system, which itself proves Bell's theorem, and then in the same vein use our "Monogamy of Entanglement" with a 3-state system to prove the "no-cloning" theorem.

CHSH stands for John Clauser, Michael Horne, Abner Shimony, and Richard Holt, who described it in a much-cited paper published in 1969 (Clauser et al., 1969) They derived the CHSH inequality, which, as with John Bell's original inequality (Bell, 1964), to act as a constraint on the statistics of "coincidences" in a Bell test experiment which is necessarily true if there exist underlying local hidden variables (local realism) which would be the case given the fact that in dealing with single quantum emissions from sources such as lasers or atoms there will always be effects to decohere the source.

So to set things up lets consider the 2-state quantum entangled system of polarized photons:

Measurement: Questions of the form,
Are you

Heisenberg Uncertainty principle: No photon will yield
a definite answer to
both measurements: 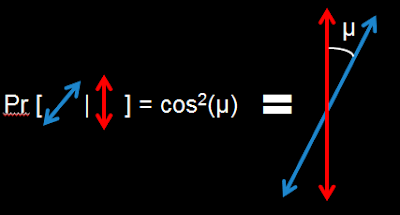 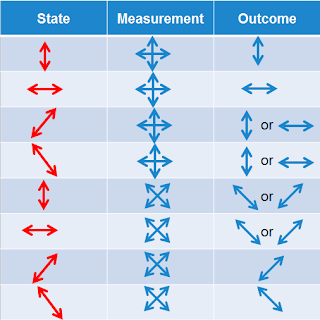 1. Alice chooses a random
sequence of bits and encodes
each one using either:

2. Bob randomly chooses
to measure with either:

3.They publically reveal their
choice of axes and discard
pairs that don’t match.

4. If remaining bits are
perfectly correlated, then
they are also secret.

which is equivalent to: 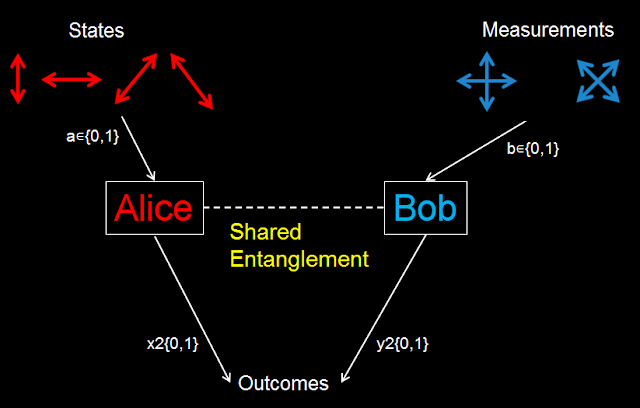 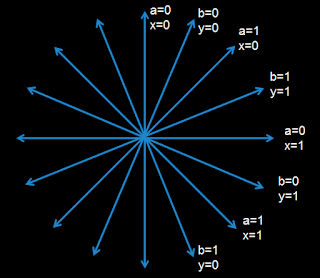 Winning pairs are at angle π/8

Losing pairs are at angle 3π/8

As stated, a more mathematical (and less diagrammatic) example of this is shown here with respect to prisoner's dilemma:


Now we can use the exact same setup and formulae to represent a 3-state quantum entangled system to demonstreate the "Monogamy of Entanglement" which is the way to prove the "No-Cloning" Theorem in the same way as the CHSH test is a way to prove the Bell's Theorem. In the 3 quantum variable case, the heuristic link between cloning and entanglement monogamy will continue to be our entangled photons. 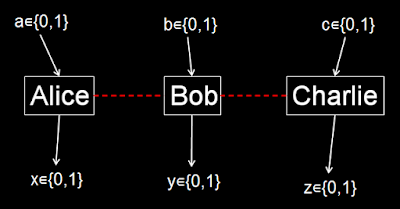 The General rule is then modified to:

The question to ask then is, given a state of A, B, C ,represented as: 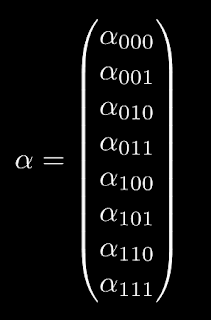 To answer this we must measure  C.

AB are left with:

This leads to the General Entanglement Monogamy Relation:

The distributions over AB and AC cannot both be entangled.

This leads to the conclusion that if a particular quality of cloning is impossible (in particular if the unknown state cannot appear perfectly at both polarization states A and B), a certain degree of entanglement must be impossible (no state can have maximal entanglement between A and B as well as between spins A and C). 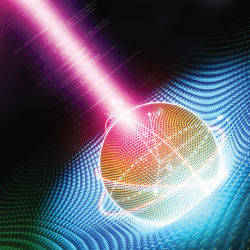 Hence, this protocol can be implemented on a quantum circuit, thus verifying the no-cloning principle experimentally in the lab with entangled bosons, such as photons, or fermions, such as electrons and certain fermionic atom condensates, as well as bosonic atom condensates which essentially covers all the types of particles and fields. At the quantum level, cloning is impossible, both in theory and experiment, and can therefore only be circumvented*.