Who Truly Benefits from Science?

Science is often portrayed in media as a self-evidently benevolent enterprise. Moreover, it is constantly portrayed in mainstream media, both in news and popular documentaries, as a continuously and eternally progressing enterprise where each new development somehow brings us to a world of wonder and whimsy with external consequences which can be either ignored or simply adapted to.

Curiously, it is also assumed that the rate of progress in science is completely linear and that in the next 100 years we are told we shall see rates of progress greater than or equal to the progress seen last century. So it is said in virtually all media, both in fiction and fact contexts.

It is strange therefore to compare this idea to the cycles of growth, maturity, decay and decline seen in the record of history itself where we see complex, albeit not scientific, societies emerge, grow and decay as a matter of record. All complex societies as they growing inevitably require more resources, more specification of the roles of participants leading to less freedom and ultimately more methods of taxation to continue the standard the civilization reaches at optimum once resources have been exhausted beyond a certain critical point.

The scientific method is the basic definition of what science is as a function of acquired knowledge. However, as scientific culture inevitably grew more complex, so too did specialization emerge and in the vernacular use of the term science really means many different things to different people be it right or wrong. At the very least, to some science is experimentation, to others theory. Moreover in ordinary comprehension science can be presented as popular science or often as simply technical wizardry. Computer science for example is in reality engineering but to very many people computer technology is a science as an example, the same can be said of social science.

More troubling is that in this age the products of science, namely technical gadgets, are often so much lauded and are in so much abundance that they begin to eclipse the methods of science that produced them. Often technology produced by industry is used as a kind of logo equated with the "benevolent" visions of science. To the appearance of many therefore science and industry have merely become one and the same. Therefore, we might ask ourselves, who benefits from what is seen in the modern sense as "Science".

In much of my own experience over the last few years working in research and industry, science and physics in particular, appears to be mainly functioning as at best as a service for industry. Very little science is done that do not have direct applications to industry and the marketplace. In effect science has all but become a research and development wing for corporations, with very few exceptions.

The corporations involved with making profit from science have it very much their own way, with very little risk, which is one of the main advantages of corporate structure to begin with. As mentioned before, the banner of "science" being self-evidently benign is a strong dogma in the minds of the public and politicians with very few exceptions. Therefore many corporations can conduct their "scientific" R&D operations under a kind of saintly halo unless costly and time-consuming investigations are launched, which are rare.

Moreover, the image of science being a benign enterprise leads governments to directly fund scientific research out of taxpayer funds. Hence corporations can easily use taxpayer funding as a continuous resource to garner future profits for themselves based on new discoveries and new techniques painstakingly generated in the lab often by highly intelligent, but often institutionalized, hardworking scientists.

Furthermore, the apparently self-evidently benign image and prestige of scientists shown in the media also leads to a demand on universities to educate more in the STEM (science, technology, engineering, maths) without questioning why it is better to educate a young person to spend their time studying one subject over another without invoking the condition that "Subject A is more useful than subject B" -one question being "more useful to whom and to what?" - It is of obvious benefit to high tech multi-national corporations; The STEM educational system trains and educates their future workers and ensures future profit keeps flowing.

Opportunity of employment and empowerment with STEM, undoubtedly true, is often cited as the main reason why STEM is so popular a topic to discuss in the context of education. Interestingly though there is always an increasing demand for STEM graduates and a bemoaning of large dropout rates, particularly among engineering majors. If there is such a demand for STEM educated workers from the side of corporations above what students want to study and are capable of studying in college then it raises suspicions as to which party the educators are working in the best interests of.

Much of the modern scientific enterprise therefore has a troubling amount of cyclical reasoning behind it. Science is funded by working taxpayers, those workers are encouraged to study STEM by taxpayer funded education, the workers operate in STEM fields earn a salary which is then garnished to provide funding for future workers and developments. The future developments are real and do benefit people, but it can be a selective few. After all, it is still a market system that modern science and modern technology exists in and profits they make are increasingly in the hands of the many over the few. There are many in the over-exploited regions of the world today that not only do not benefit largely from much of the scientific progress but are burdened disproportionately by the consequences of pollution and the weapons systems science has created in a not-so-neutral fashion.

By and large we might live more prosperously than our ancestors have thanks to modern scientific developments but we have carried with that prosperity an enormous burden and put a tremendous strain on the limited resources of both fragile humans and the Earth to accomplish this. We might all have to ask ourselves, is science really beneficial to everyone equally?

This video shows some test footage of the megalithic passage cairn tombs at Loughcrew in County Meath, Republic of Ireland this Winter Sol... 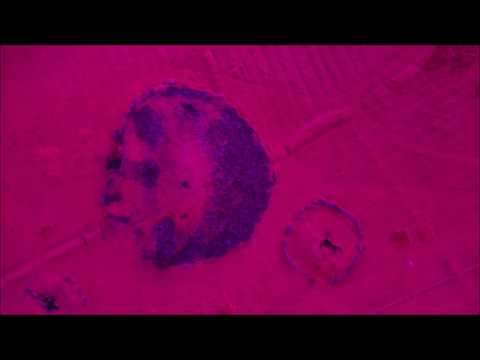